It’s been half a decade since Chet Faker released his debut album, Built On Glass, and even longer since his Thinking In Textures EP, which featured the very popular cover of ‘No Diggity’. Fast forward 7 years, a name change (to his real name of Nick Murphy) and long awaited second album, and Che – I mean – Murphy, is still a much loved singer/songwriter/multi-instrumentalist/producer. Returning to tour Australia and showcase his new album under a different performing name, Murphy was greeted in Melbourne to a SOLD OUT gig at the hallowed Forum Theatre.

Anticipation was high as the sellout crowd gathered to witness the multi-ARIA award winning artist. Decked out in a black suit with white t-shirt and beaded necklace (the trademark beard still clinging to Murphy’s face) he opened his set with a new track from his second album Run Fast Sleep Naked, ‘Hear It Now’. We were happily met with the distinctively brilliant vocals and heartfelt lyrics of this multi-dimensional artist that we know and love. Backed by a hearty band, including sax player, keyboardist, drummer, guitarist and bassist, alongside Murphy’s synthesizer and piano, we knew we were in for a full set of heavy melodic beats and stunning vocals. Not to mention Murphy’s very unique use of a cello bow on his electric guitar which created a very cool reverberation I’d not encountered before.

Fast-paced newy ‘Yeah I Care’ followed the opening track. Then the minute the crowd heard the clapping beat they all proceeded to hurriedly pull their smart phones out in an effort to record super popular ‘Gold’ from Murphy’s debut album. Such a stellar track (with a super sexy video clip – hello roller skating babes!) performed with Murphy’s signature purring vocals.

‘Harry Takes Drugs on the Weekend’ was a jazzy uplifting number from the second album that had the crowd dancing and singing “guess I’m losing my mind” in unison with Murphy.

Funky guitar-licking track ‘The Trouble With Us’, a collaboration between Murphy and UK DJ/producer/multi-instrumentalist Marcus Marr (which hit number 8 on the ARIA chart and 47 on the US Dance/Electronic Billboard chart) was a hit with the crowd as everyone shook their shoulders and bopped along.

The show lulled a bit as Murphy played slower-paced and auto-tune heavy ‘Believe (Me)’ on piano, and even when he effortlessly jumped back on guitar with ‘Some People’ the lull hadn’t quite lifted until ‘Never No’ was played and the crowd was awakened again with an inspiriting rendition that brought fire to our veins. Sublime track and brilliant showcase of Murphy’s indelible vocal talent. 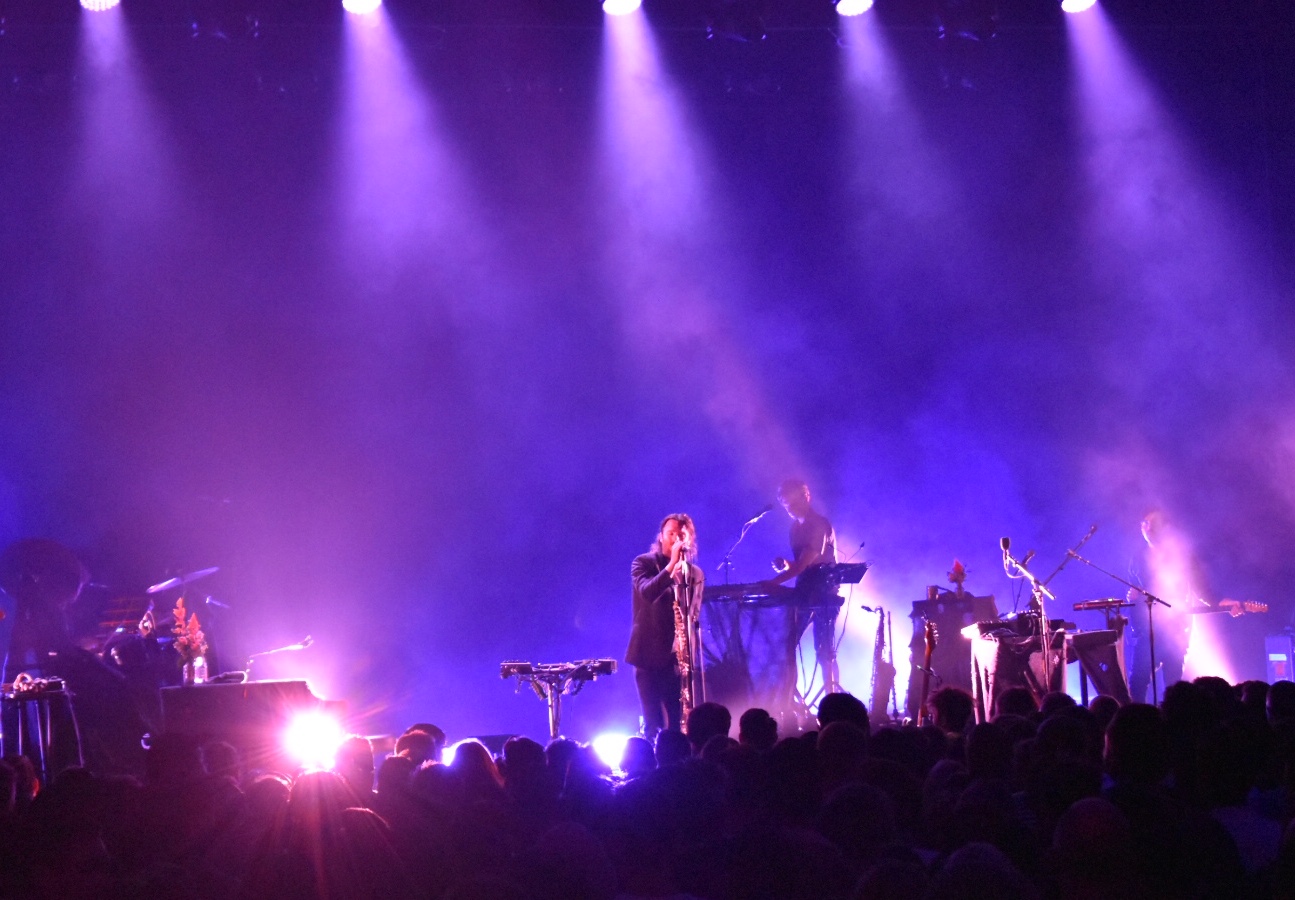 Murphy spoke very little throughout the performance but thanked fans for their support. Sometimes artists do too much talking during their sets, and the next song proved just why Murphy keeps his chatter to a minimum, as ‘Talk Is Cheap’ was played to raucous applause. Cue couples swaying in each others’ arms as the saxophone solo was applauded vigorously.

The funky vibes continued as ‘Sanity’ from Run Fast Sleep Naked was up next, laden with with lots of snappy acoustic guitar, punchy percussion and jazzy piano key melodies.

The demand for an encore was thunderous, with Murphy re-entering the stage to perform emotive ‘Message You At Midnight’ complete with bubbles emanating from the audience as Murphy’s voice began to crescendo. The soulful, heart-stirring tracks continued with ‘Dangerous’, finishing up with bass heavy ‘Medication’.

This gig was clearly a showcase of the new second album, Run Fast Sleep Naked, and a clear indication that Nick Murphy as an artist has moved creatively past Chet Faker. By not playing other huge hits like ‘No Diggity’, ‘I’m Into You’, ‘Melt’ and my all-time favourites ‘1998’ and ‘Cigarettes and Loneliness’, Murphy is showing his audience that it’s time to embrace his new music, something it seems everyone in attendance is more than happy to hug wholeheartedly.