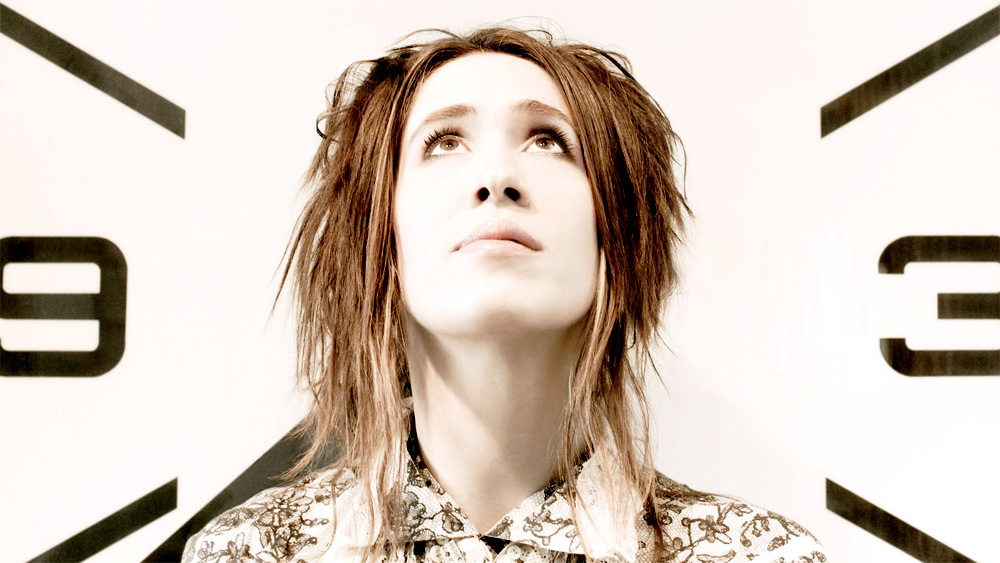 As the credits rolled for the film, Garden State, there was one thing that struck me acutely and that was, the song that was playing. It was uplifting, engaging, ethereal and simply stunning. That was my initial introduction to Imogen Heap. One part of the duo Frou Frou, she had one of the most startling voices I had encountered. I imagined seeing her perform her intricately layered musical concoctions live would be a sight to behold.

Upon entering the Palais Theatre, it was evident that Heap’s otherworldly appeal had spilled onto the stage, with a barren winter branch dominating centre stage, strung up above a seemingly glass piano and a large symbol somewhat reminiscent of a golden moon. The dreamlike stage also contained many musical instruments; from the piano – which was in fact a keyboard housed within the transparent piano frame, with the leads lighting up through it’s body – to a looping machine, drums, synth, cello and symbols spiralling down from the wintry branch.

Bare footed and dressed in a black top and shiny black leggings, cascading gold necklace and unruly hair tied up with her heavy fringe left to fall across her eyes, Heap powered into her opening song with gusto. Showing indelible prowess on the keyboard, synth and looping machine, the crowd was made aware of Heap’s ability to almost magically create songs with the tools at her disposal. She was also accompanied on stage by a cellist and drummer for certain songs, however it was evident at the beginning of her performance that Heap was a technically savvy and passionate musician. It was also very much apparent that Heap liked to talk between each and every song. Her rapid succession of words, as charming as they were, drew a comparison to her vigorous electronic beats. Fumbling over stories, explaining song creations, past lovers and innuendo. Her bubbly personality, coupled with the breaking down of the layers of each song served to exhibit the true rawness, beauty and honesty of Heap’s work.

With the aid of wrist microphones, Heap was able to bring the slightest touch of an instrument to life and added to the allure of her song making process. And of course, her angelic vocals have always been Heap’s most remarkable and mesmerising asset.

Opening her performance with The Walk, we learn that Heap’s set list was created by her fans, who voted on her website, for their most favourite tracks. Which I believe to be quite an ingenious plan, not only to make sure her fans have the opportunity to witness their beloved songs performed live, but of course to truly understand what her audience is interested in. The songstress effortlessly deconstructs the wall between performer and audience. Heap’s innate capability to communicate with her fans is quite  remarkable and endearing.

The set list continued to include the effervescent Goodnight and Go, Speeding Cars, Wait It Out, Little Bird and the heart wrenching The Moment I Said It. Heap’s lyrics are simple and conversation like yet manage to strike an enduring chord. Heap also loves sampling sounds and incorporating them into her tracks. Her song Lifeline was created after she  asked fans to send in everyday sounds, that she then created the song around. This audience involvement continued, as Heap delightfully invited the crowd to stand and sing the chorus to Just For Now. One side of the theatre began on Heap’s signal, as the other two sections looped it like a vocal wave.

Elation at Heap’s performance continued as she played the gorgeous Let Go, the song that initially drew me to her, as the credits of Garden State rolled.

Unfortunately, when Heap came to perform her most well known hit, Hide and Seek, the keytar she desired to use, would not work. Twenty minutes of awkward and cringe worthy ramblings ensued, to the point where I was utterly frustrated at Heap’s somewhat lack of professionalism to just move on with the performance and play the track on the keyboard, instead of trying to change the leads and chords of the keytar three times over.

Even with that miraculous voice and insatiable personality, it became clear that Heap relied heavily on her instruments to create her idiosyncratic sound, and she struggled to counteract this technical hiccup. What I will say in her defence, is that she has some very loyal and respectful fans. Not once did anyone yell out from the audience for her to move on. They applauded with aplomb and laughed in all the right instances. It would seem that Miss Heap’s very likeable personality and equally likeable body of work was speaking for itself that night – and it was louder than any keytar could ever strive to be.