The 2006 AFI awards night held in Melbourne was a delectable feast of Australian talent, tantalising the media, paparazzi and fans as they walked the lush red carpet into the rose adorned glass walls of the Exhibition Centre. Without wanting to compare our awards night to that of our American counterparts, the guest list was a fabulous cavalcade of stars. A remarkable culmination of hallmark figures from beloved Eric Bana and respected Geoffrey Rush, to the new starlets of the screen Emily Barclay and Teresa Palmer. Between Heath Ledger pashing Magda Szubanski square on the lips to Daniel Radcliffe‘s fanatical phenomenon of screaming girls on the red carpet, the 2006 AFI awards were full of surprises. With a bemused Shane Jacobson and New Zealand born sassy vixen Emily Barclay winning best lead awards for ‘Kenny’ and ‘Suburban Mayhem’ respectively, it turned out to be a night of frivolity and candour, where ones ego was laid rest at the door. Lara Antonelli was red carpet side, albeit a little star-struck, to chat to all the celebs about their filmic endeavours and fashion heroes.

Who are you dressed by?  Annabel Hannon, my best friend from South Australia who is a designer. Shoes by Collette Dinnigan (Industry Night). Fluer Wood for the Awards Night (photographer above).

Do you have a style icon?  Kate Moss.

Emily Barclay. Won award for Best Actress for her role in ‘Suburban Mayhem’. 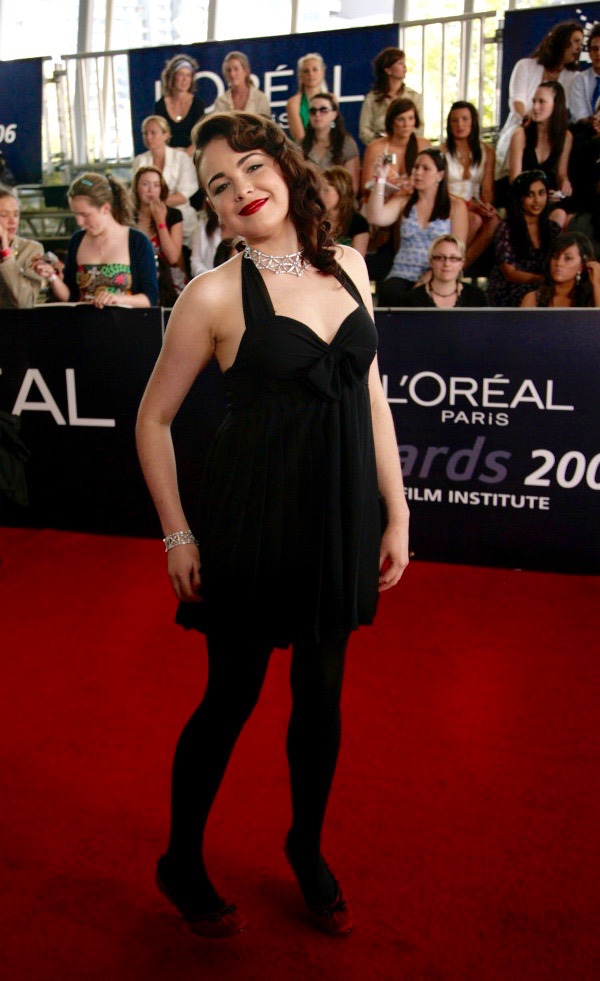 Who are you dressed by? Konstantina Mittas (Industry Night)/ Chelsea Rebelle (Awards Night).

Favourite movie of all time? Kids.

Who are you dressed by? Rodarte.

Seeing your shoot for InStyle Magazine, how much fun was it wearing that gold Roberto Cavalli dress? Oh fab, I always love a frock.

What is it like working with stylist Judith Cook? We’ve worked together a lot and she’s always fun and she doesn’t take it too seriously which is my attitude.

A lot of people commented that you are a style icon to them. Who is yours? Edith Head who designs costumes for film.

Fav. designers? Kirrily Johnson, Alice Macall are the aussie ones I think are amazing. My favourite was always Tom Ford when he worked for Gucci, he was amazing.

Favourite movie of all time? At the moment it’s the Wizard Of Oz.

Sarah Wynter. Acted alongside Arnold Schwarzenegger in ‘The 6th Day’, as well as popular US TV series, ’24’ with Kiefer Sutherland.

Who are you dressed by? Dolce & Gabbana (industry night), Lisa Ho (main night).

Favourite designers? I love Lisa Ho, Akira, Collette Dinnigan, Trelise Cooper, Toni Maticevski. I like coming home so I can learn about all the new designers!

Favourite travel destination? Besides Sydney? Probably somewhere in the Carribbean.

Clayton: My son dressed me. We went to Wet n’ Wild so I thought I’d wear the t-shirt in honour of him.

Are you both pleased by the success of the film? Shane: No we’re both disappointed, we don’t know what the hells going on! (laughs) We weren’t prepared for success, we were very prepared for failure.

Clayton: We had our luggage packed for failure. But it’s terrific, it’s amazing.

What’s happening next with the film? Clayton: We’re heading across to the UK and hoping to see if it resonates over there.

Style icons? Shane: Anyone with style is an icon to us! The press seem better dressed than us, so at the moment you, Lara and the them [the photographers].

Shane: Odd Angry Shot and the Wizard Of Oz. 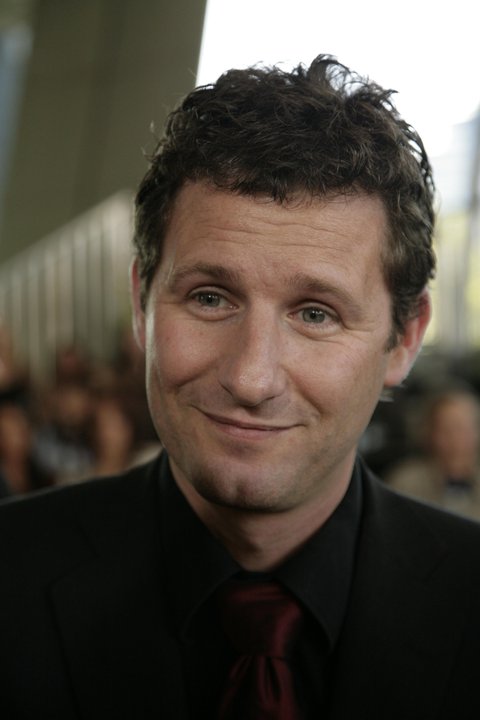 Who are you dressed by? Adam: Ted Baker.

Mif: You liked him in his tight pants? [laughs]

So in his ‘Labyrinth’ era? Adam: [laughs] I’m meaning more now, you know, I’d like to be his age and still be dressing that well. But in all honesty it would probably be a t-shirt and tracky-dacks.

And you Mif? Definitely Bill Hunter!! [laughs] And Kenny Rogers.

Daniel Radcliffe. Played Harry Potter in all installments of the blockbuster films. Presented Awards on the night and had just finished filming his upcoming film ‘December Boys’ with Theresa Palmer in Adelaide.

You were an orphan in ‘Harry Potter’ and now in the ‘December Boys’, is there a bit of a running theme here? I’ve had a really secure upbringing so I don’t know where I get this ‘orphan thing’ from all the time!… [laughs]

You have played a wizard in ‘Harry Potter’, are there any other characters you would like to portray on film? Yes, John Keats or Byron. I just love all those guys, the early poets. I think they’re amazing. They were sort of like the rock stars back then, taking loads of drugs and women….

Deborra-Lee Furness. Wife of Hugh Jackman. Nominated for Best Supporting Actress for her role in ‘Jindabyne’.

Who are you dressed by? Donna Karan.

How was it working with such a fine actor as Gabriel Byrne, who has also been nominated for best actor for ‘Jindabyne’? Lovely, he’s a sensitive Irish man, and he always delivers such a finely pitched performance.

And Laura Linney, also nominated for best actress for ‘Jindabyne’? I think Ray [Lawrence- director] spends half of his time casting  and he picks the right people for the right parts and that’s part of his talent.

Heath Ledger. Won People’s Choice Award and was nominated for Best Lead Actor for his role in ‘Candy’.

Who are you dressed by? Dunhill, it was made for me a while back.

How important is it for you to do an Australian film and be involved in the AFI’s after having such an illustrious career overseas? It’s important for me. Personally it’s so refreshing and liberating to come back and act in your own accent. And just being home and around my family and friends.

Who has been your favourite character to portray? I don’t have a favourite to watch, but to perform it would probably be the ‘Brothers Grim’ [Ledger starred alongside Matt Damon in this 2005 film directed by Terry Gillian].

Abbie Cornish. Nominated for Best Actress for her role in ‘Candy’.

Who are you dressed by? Toni Maticevski with jewellery by Autore South Sea Pearls.

Style icons? No not really, but Maticevski’s good!

Was ‘Candy’ a difficult film to make? Given the filmic content (heroin abuse) was it a hard task or did you immerse yourself in it completely? Parts of it were difficult but mostly what I think was difficult about it is the energy levels, you know because when you are expending that much every day, you’re tired no matter what. Filming was for around 6 or 7 weeks, but Heath was amazing because he was always so full of energy and for me that just made my day that when you’re dealing with dark material like that, if you can laugh in between takes.

Is there any character you would like to portray further down the track? There are so many, I don’t know specifics but I’d just love to explore. That’s the most beautiful thing as an actor you get to explore yourself, you get to explore the art of film making, we’re very lucky.

Who are you dressed by? Giorgio Armani. I did try on my own suit at home, but I reckon I’ve put on a couple of kilos!

Just in time for bikini season… I’ll be having a Brazilian after this…… that’s not a wax, it’s a girl I know….. 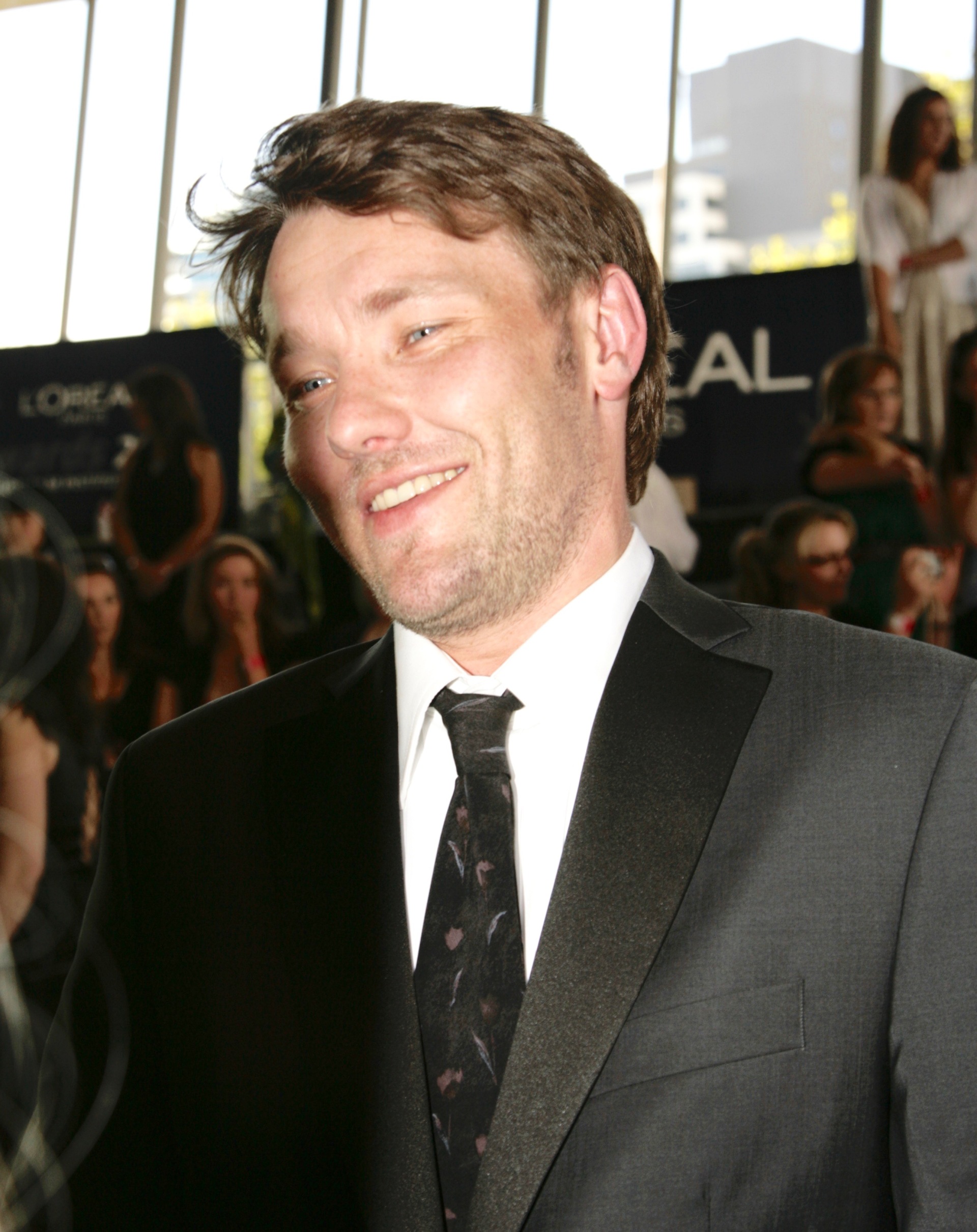 Who are you dressed by? Ted Baker.

Style icon? Not really, no. I’ve got no fashion heroes, I don’t know why, I must find one.

Many people still have a soft spot for ‘The Secret Life Of Us’, what’s your reaction to that? It’s something that everybody was quite fond of. I think most of us, including Claudia [Karvan] were very fond of it as well. I’m a huge fan of ‘Love My Way’ now, I can sit and watch it objectively.

Have you viewed the films up for nomination? I’ve seen most of them. I was involved with the IF awards so a lot of the same films have been nominated for these awards. I think it’s a really strong year, and a diverse year. I mean you can say that about most years but you look at a film like Candy and you look at a film like Ten Canoes and everything in between….. 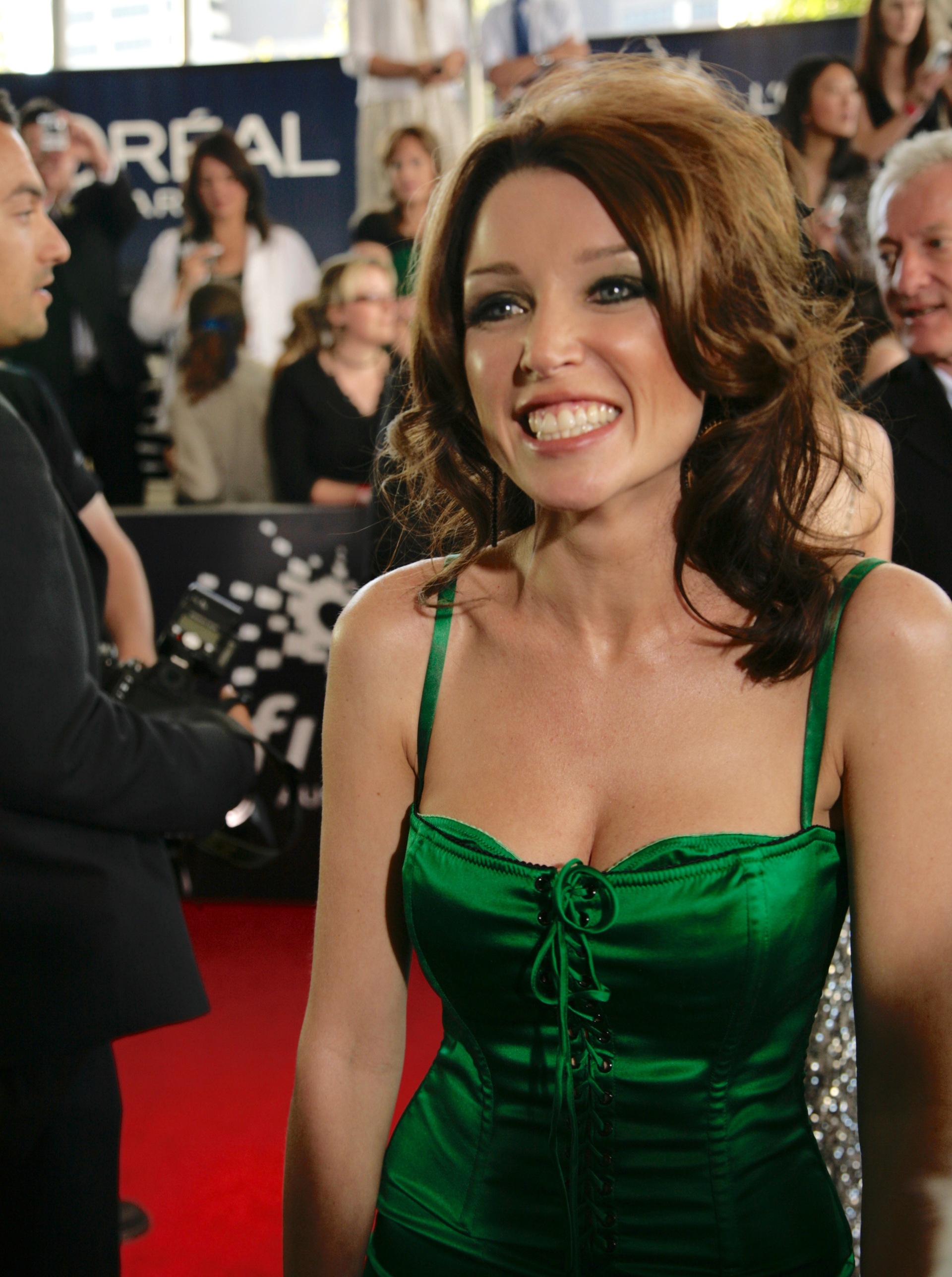 Who are you dressed by? Dolce & Gabbana.

Is it true that you are filming in Richmond next year? Yes I’m doing a film called ‘Except East Richmond’ we should start filming next year.

Great to have another film made in Melbourne. I know I can hang out at the cafes and call my friends and tell them to come down!

You recently released your Greatest Hits album, what’s next music wise? Yes greatest hits, and just working on some new stuff in London and that’s it for the minute, just relaxing for Christmas. I’ve done a song for the Spirit Of Christmas album through Myers too.

Eric Bana (with wife Rebecca Gleeson). Actor in movies such as, ‘Chopper’, ‘Black Hawk Down’, The Incredible Hulk’ and ‘Troy’.

Who are you dressed by? This is so embarrassing…. C’mon Bec……oh, it’s Gucci. What a yuppie, he’s got so many suits he can’t remember which one it was….. [laughs]

Tell us a bit about the film you just wrapped up. I just finished this project over in London a few days ago actually, called ‘The Other Boleyn Girl’ based on a novel by Philippa Gregory about Anne and Mary Boleyn and Henry VIII.

What character would you love to portray next? It sounds really weird but it’s always you know, whatever you’re going to do next or whatever you’re working on at the time and you tend to immerse yourself in that one thing. I don’t like to look forward to my next character until I’ve done my last one. Having said that I’ve just finished one and I don’t have another one lined up so I don’t know. There’s always a few people over the course of history that are kind of interesting but I don’t know what I’m going to do next.

How important is it for you to come back to Australia for the AFI’s having done a lot of international films? It’s great you know, to continue to be a part of this industry and to see that we are still churning out unique, great and diverse work, it’s the most important thing. And we’re going to have some good years and bad years but that’s just the state of the industry being this size, but we just have to keep doing our best and keep encouraging.