Kym Ellery is one of only three Australian designers to be invited to show in Paris, in the last two decades. She follows in the footsteps of Collette Dinnigan and Martin Grant. That in itself is a phenomenal achievement and one that should be celebrated and cherished. Befittingly, this film does just that.

Premiere: Ellery in Paris is a personal account of Kym Ellery’s triumphant and remarkable ‘dream come true’ moment where she is celebrated for her creativity and hard work – and shows at Paris Fashion Week. It is a beautiful account captured in vivid black and white that will last a lifetime; a cherished piece of stunning and intimate cinematography that bore witness to what it takes to be a designer in the fashion industry and persevere to achieve the highest accolades you can imagine. And for Ellery, this is just the beginning of her lofty international ascension.

Although there are times of obvious stress and last minute decisions that would have most people screaming insanities at the camera, there is a gorgeous calmness about the film. Perhaps it is the black and white cinematography, that harks back to the golden age of French cinema, capturing the simple and elegant chicness that Paris is so famous for. Perhaps it is Ellery’s jeux de vivre that sparkles in her eyes, as described by New York journalist, Leandra Medine (aka Manrepellent) in her opening prose on Ellery. Whatever it is, the film is a delight to watch.

The contrast of light and shade produced by director Patrick Pearse’s black and white filming adds dimension and compliments the style of Ellery’s collection – classic and avant-garde with unique silhouettes.  The precise timelines also add an element of idiosyncrasy and showcase that every minute of creativity and organisation is important in the fashion industry.

The dance scene in the warehouse with glittering masked dancers is an interesting addition to the film, as is the inclusion of the word ‘Hope’ written in graffiti on the warehouse wall. It signifies how this film makes you feel – motivated, excited, uplifted and inspired. It is a hopeful film about following your dreams and striving for your own version of greatness. Ellery has managed to achieve this bit without a hint of pretension  – she remains humble and focused throughout the whole process (albeit very sleep deprived). She is clearly surrounded by doting family, friends and team members, as well as industry admirers, including actress Phoebe Tonkins and Edwina McCann (editor of Vogue Australia), that seem to keep her grounded.

This film is just gorgeous in its intimate portrayal of Paris and Ellery’s relationship with all she encounters and her unbreakable bond with design and art.

Premiere: Ellery in Paris was shown at ACMI as part of the cultural program for Melbourne Spring Fashion Week. 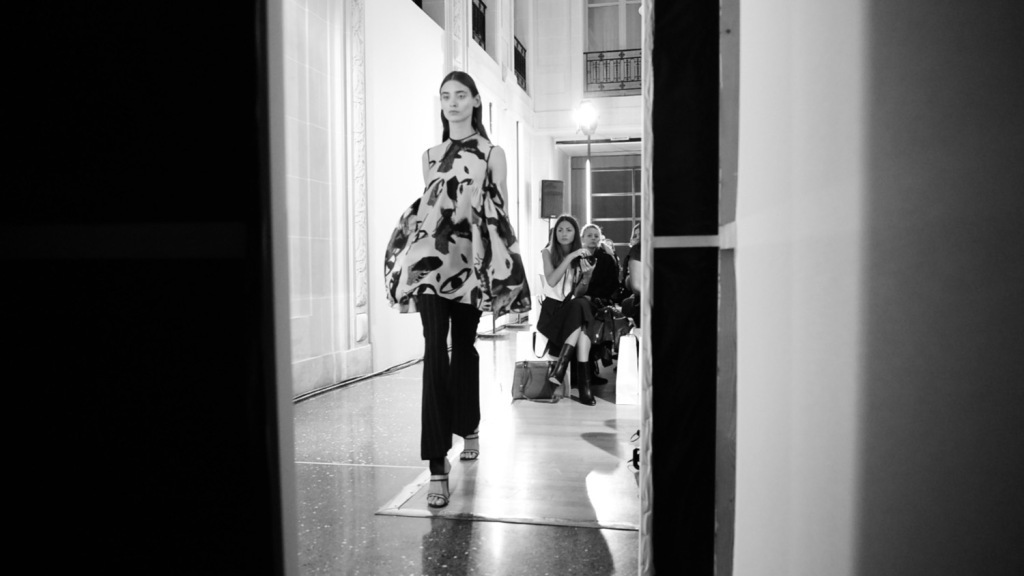