Our love affair with music is a constant and ever growing affection, that rises and falls daily. We are introduced to new sounds that we fall head over heels for; rekindle relationships with old musical flames; and close our hearts off to those melodies we no longer connect with. Our arousal can be fickle or long lasting; instant or slow burning.

Gang of Youth’s ability to instantly ignite your soul from within places it firmly in the can’t-get-enough-of-each-other, album on repeat, raw melodic passion category. And let’s be honest, that’s the most exciting one.

There is an inimitable energy that surges from the Sydney-formed five piece, led by David Le’aupepe – an alluring and aware musician whose gritty yet poetic lyrics are earnest and captivating. There is a sensuality and a sensibility in his lyricism and delivery that reflects a life that has already witnessed so much hardship and loss. But for all the hardness and despair of those lyrics, they are presented in such a sagacious and beautifully written way that the love and relationship of which he speaks, that had been chiseled away at by sickness, still possesses an endearing legacy. The accompanying music lifts the calamity of those verses with surging force, like a flower breaking through the weight of asphalt to reach the sunlight’s rays.

From the hazy stage of 170 Russell Street in Melbourne, Gang of Youths were playing the first of their three sold out gigs in the city to a stoic yet loyal congregation in attendance. Le’aupepe’s honey smoked voice, wild hair and jazz hand sympathies were a welcome sight (as was Joji Malani’s oversized Mona Lisa t-shirt), as the band opened with Rocky II, followed by  Release + Restraint whose heavy bass, pounding drums and synth hook certainly shocked the audience awake, and Le’aupepe’s shaking hips were in full swing.

The magnetic force of the band was evident as the crowd enjoyed an uplifting and thrashing set of crowd favourites Benevolence Riots and Radioface. Their sound was true and impeccable and their energy was palpable. Le’aupepe then changed the tempo by performing the heart-melting Kansas alone on stage accompanied by his keyboard, brilliant vocals and atmospheric lighting. Knuckles White Dry was to follow, an equally stirring performance whose reception from the crowd was greatly appreciated by Le’aupepe – thumping his fist to his heart in thanks.

For those fortunate enough to not have had cancer writhe its way into their lives, to those that have felt the tremendous grief this indiscriminate disease weighs upon you, there was no disassociation – everyone in the crowd felt the despair, sadness, anger, pessimism and slight glimmer of hope that radiates throughout Le’aupepe’s storytelling – it transcends experiences and invites you into a very personal and scarred chapter of his life.

The totally addictive and defiant Poison Drum set the crowd alight as they chanted, “I’m not afraid!” with heads bopping. The electricity was off the charts when the tongue-in-cheek and thoroughly brilliant Magnolia rounded up the set, seeing Le’aupepe jumping down into the crowd and surprising a few lucky punters with hearty embraces.

The intimacy and genuine gratitude of the band towards their fans is heartening. The boys were clapping to the crowd or placing hands on hearts – they know just how much their fans appreciate them and seeing that kind of support continue in our industry is every bit a heart warming experience. 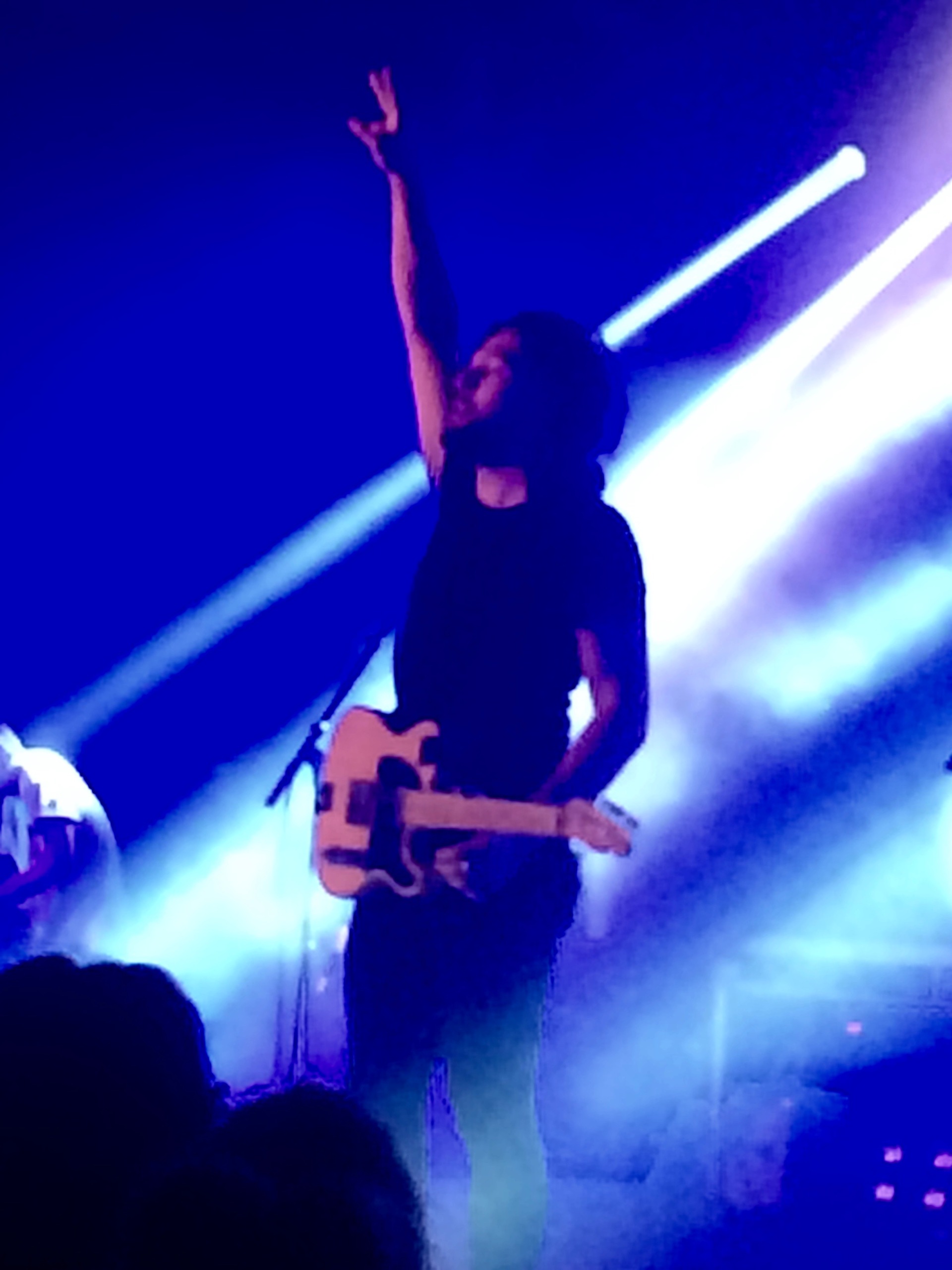 Returning on stage for their encore, and finishing off their gig with Vital Signs, where another dose of crowd singalong ensued, it was clear that although Gang of Youths and Le’aupepe have produced an album about the wretchedness of disease, they have inadvertently injected into each and every one of us a sense of unity and optimism.

Needless to say, this love affair is definitely blossoming into a full blown romance, and I wait with baited breath for the Facebook status update…

To check out the Gang of Youths international dates (for you lucky buggers in Europe or America) head here: http://www.gangofyouths.com/tour-page