It seems as though Ronan Keating has been through many stages in his life, both literally and metaphorically. For an artist who has spent the most recent part of his career as a judge on not one, but two, singing competition shows, it’s easy for many to forget what he has achieved as a musician these past two decades. His performance at Melbourne’s Hamer Hall for his latest tour, Time of My Life, was a welcome reminder of just how terrific a singer and performer Keating is, and a very likeable and humble one at that. There’s a reason he’s been selected for those TV shows, and it’s not just because of his charming Irish accent.

Having begun his career at the tender age of 16 as lead singer of Irish boy band Boyzone, he then moved on to a solo career, producing 10 studio albums and selling over 20 million copies worldwide, with several hitting number one in the UK, New Zealand, Ireland, Norway, Germany and Australia. From the hype surrounding Boyzone, to his debut solo single, When You Say Nothing At All (universally embraced thanks to award winning rom-com, Notting Hill), and highly acclaimed first two albums achieving multi-time platinum success in the UK and Australia, it’s interesting to see that despite his latest album Time of My Life not ‘performing’ as well in the global charts, Keating is as content with this stage of his life as he’s ever been. The album and tour is a direct reflection of this (as is its title), as Keating stood in front of his beloved audience and gushed about love, life and song writing, reflecting on his ‘popular’ songs with a humility and grace that exhibited that it was here, on this stage, where the true Ronan Keating got the chance to shine. 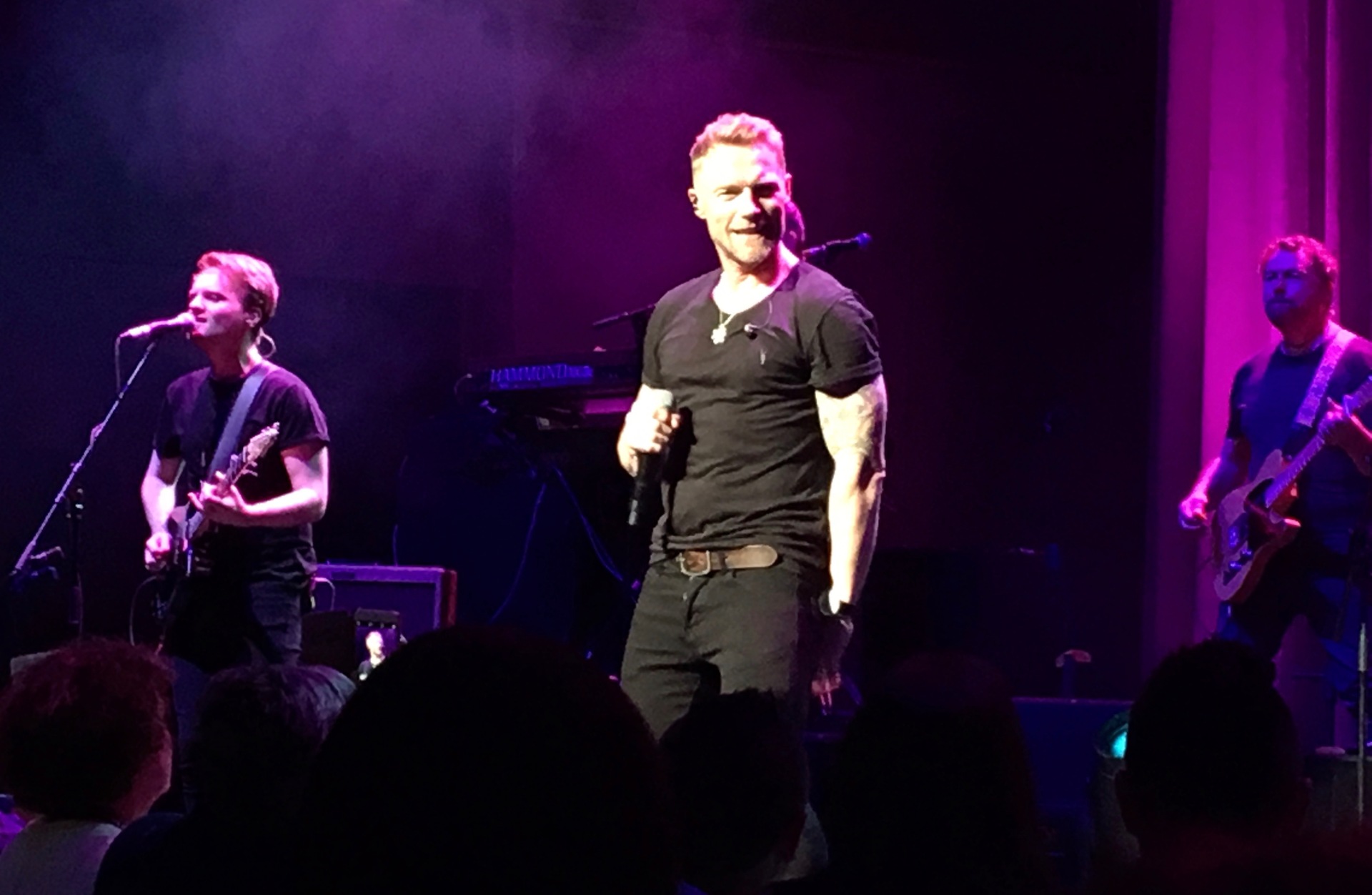 Kitted out in his signature black t-shirt and jeans, Keating performed Lovin’ Each Day early on in his set, much to the delight of all in attendance. Seeing this track played live was a highlight for me, and despite being released 16 years earlier, it brought back many joyous memories of graduating from secondary school and going on to University. And that’s when it hit me. Ronan Keating was a voice you grew up with. A voice that resonated, with songs that still possess an endearing quality. He may have recently become the singer whose songs were momentarily forgotten in the haze of reality TV, but when heard again they stirred such an emotional response, that you cannot help but fall in love  all over again.

Performing these much loved songs, including If Tomorrow Never Comes, The Way You Make Me Feel, When You Say Nothing At All, and Father and Son (which he re-recorded post-Boyzone), Keating mentioned that this tour’s playlist was the best he’d ever created, and it was more than evident that he was enjoying the freedom that came along with performing those songs that he loved most. 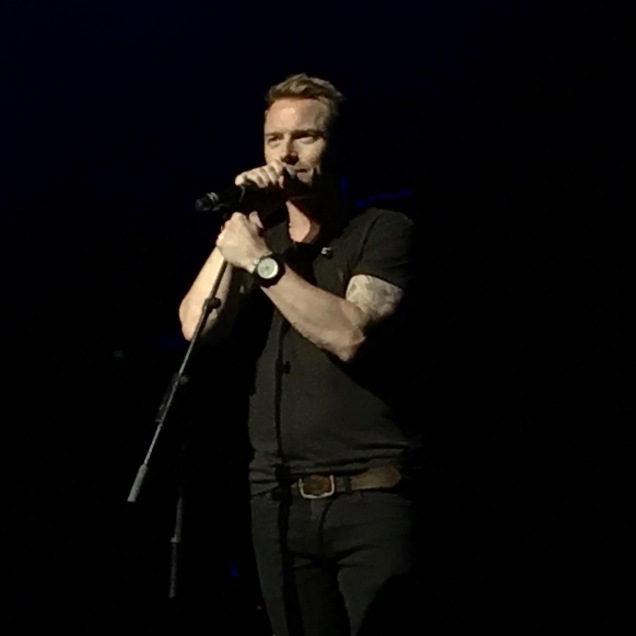 Not only was Keating’s performance a chance to reconnect with his past hits, but an occasion to embrace his new material. He spoke very openly and genuinely about the opportunity to spend a year writing the album in his kitchen in London, without the past pressure of producing an album in record time (and yes, that was a deliberate pun). Performing songs from Time of My Life, including Let Me Love You, As long As We’re in Love, Landslide and Breathe, it’s obvious that Keating is in a very optimistic, hopeful and loved-up stage of his life. He spoke of his new wife, Storm Uechtritz, whom he married in August 2015, as being a huge inspiration and reason for his contentment. There is no denying that his love for her was reflected in his performance, as he spoke of the woman that transformed his world.

Chatting candidly to the audience, Keating spoke of his role in the London production of the musical stage adaptation of the film, Once. It was here that he met fellow cast member Dan Healy, who then went on to become Keating’s co-writer on Time of My Life. Not only did this production bring two musical writing minds together, but it was also an opportunity for Keating to record a version of the film’s heartbreakingly beautiful song, Falling Slowly, which won an Academy Award Oscar for Best Original Score. As the stage lights shone down on Keating and his seated band members as they performed this sweeping love song, it highlighted not only Keating’s gorgeous voice, complete with husky notes and Irish inflection, but his passion for music and its ability to convey the deepest of emotions and cement a moment in time.

Continuing in the honest vein of his performance, Keating introduced his track, Think I Don’t Remember as an ode to his home of Dublin. Despite being a beloved place to him, it wasn’t always easy coming home, especially as he became more popular in the beginning with Boyzone. Referencing Australia’s often quoted “tall poppy syndrome”, Keating remarked on how “hard and difficult” it was to return home and still be accepted as his success grew.

Despite my initial reservations based on a reality TV persona I had glimpsed fleetingly, Keating is an endearing performer and highly entertaining as he lays his heart on the stage and invites his audience into the intimacy of his thoughts, feelings and song writing process. Coupled with his charming sense of humour and unpretentious candour, it made for a memorable and enjoyable show. Finally inviting all in attendance to stand up to enjoy the final few songs (which everyone did with fervour, rushing to the front of the stage, much to my delight), we all got to sing and dance along to Life Is A Rollercoaster, another of Keating’s successful tracks that had faded into memory, only to be brought back to life by a happily chanting crowd.

It appears that this stage of Keating’s life agrees with him; both in and out of the spotlight.