When you think of the term ‘family friendly’, you often wince at the thought of some watered-down event, filled to the brim with prams, screaming kids and stressed parents. So when The Lost Lands was touted as, “a festival where you can bring the whole family”, created by the founder of Falls Festival, I was more than curious. Having enjoyed and reviewed many a music festival throughout my 14 year career, the prospect of an event that had Mariachi El Bronx headlining it, with the iconic Werribee Mansion as a backdrop, where kids were encouraged to come and hang out with their folks and friends, with the option of glamping, well, I needed to sign up. And, you’ll be happy to know, the inaugural Lost Lands was far from watered-down: it was a veritable wonderland for kids and adults alike. The green lawns and manicured gardens of the Werribee National Park were transformed into a magical land consisting of spiegeltents, Bounce trampolines, glistening bubbles, face painting, big tops, creative games, ferris wheels, vintage rides, craft stalls, and even a spot to create your own chalkboard masterpiece. The energy on entering the festival was incredible – a true positive joy emanated from every corner of the park. Bubs rolling around on the grass or munching mouth fulls of gravel much to their parents’ horror; kids running around barefoot with colourful faces painted with glitter, enjoying the inventive recycled material games and cool rides at their disposal; parents chilling out on picnic rugs with glasses of wine in hand or holding their little ones whilst they danced along to the awesome live music; and groups of friends laughing and soaking up the atmosphere. The vibe was easy-going, relaxed and happy. 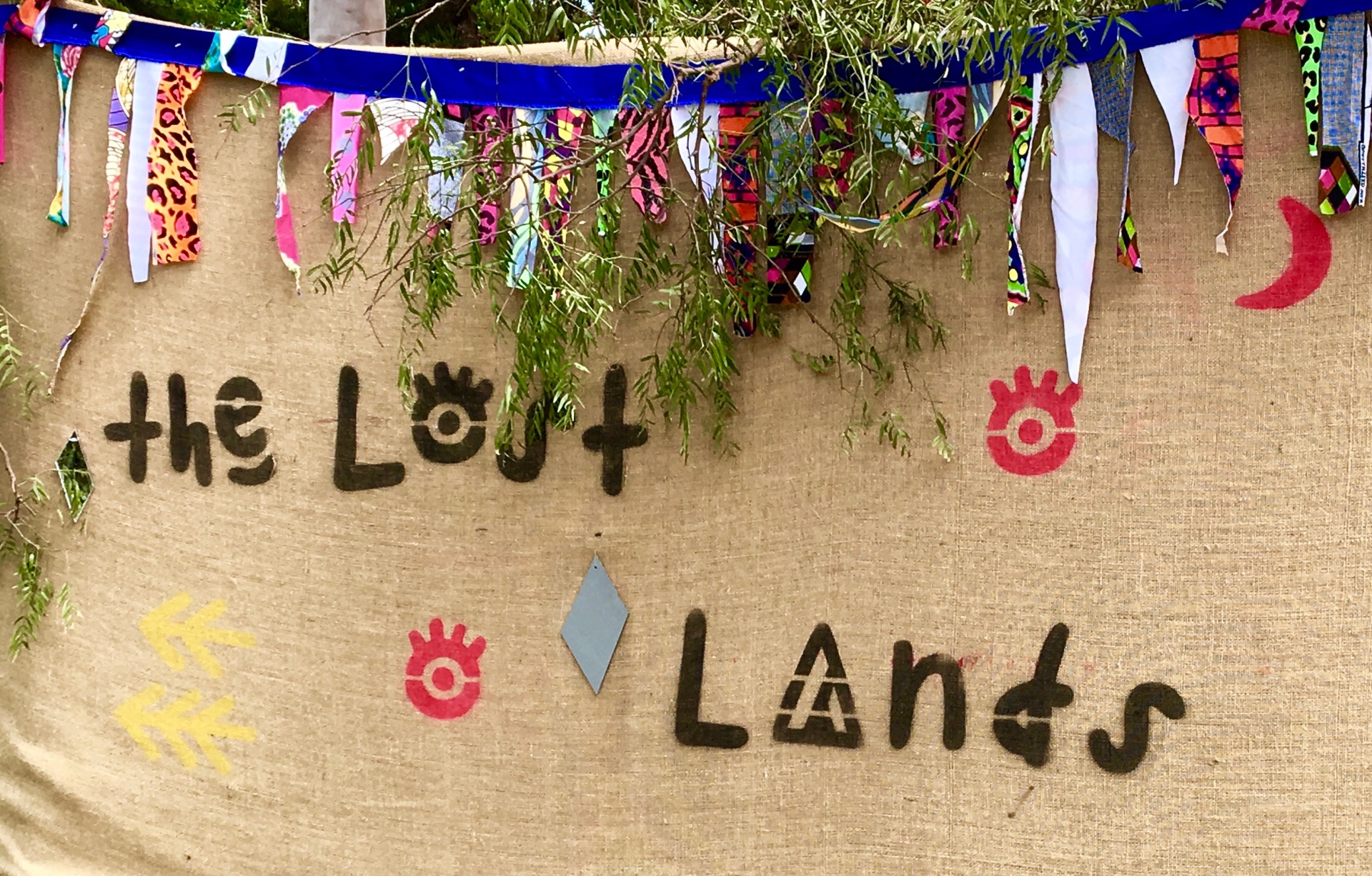 What a bloody cool place to bring your kids, friends and family for what would most likely be your child’s first live music experience, in amongst all of this magic! It was clear that everyone who came to The Lost Lands was in a positive frame of mind, which set off a seriously cool and laid back vibe for the weekend.

There were many things that fell in The Lost Lands’ favour. Clearly the focus was on enjoying quality time with loved ones, so the usual manic set times that often feature at festivals was remedied by one Main Stage, hence no clash of set times, meaning more time to stress-less and meander around the expansive gardens, enjoying all the fun activities seemingly around every tree. The beauty of having kids in attendance was that everyone was on their best behaviour, patrons and performers alike, which had a very endearing quality. There was no jostling for poll position at the front of the stage, no shoving in line for the bar, no debilitating wait to use the facilities and no hangry lines for food. 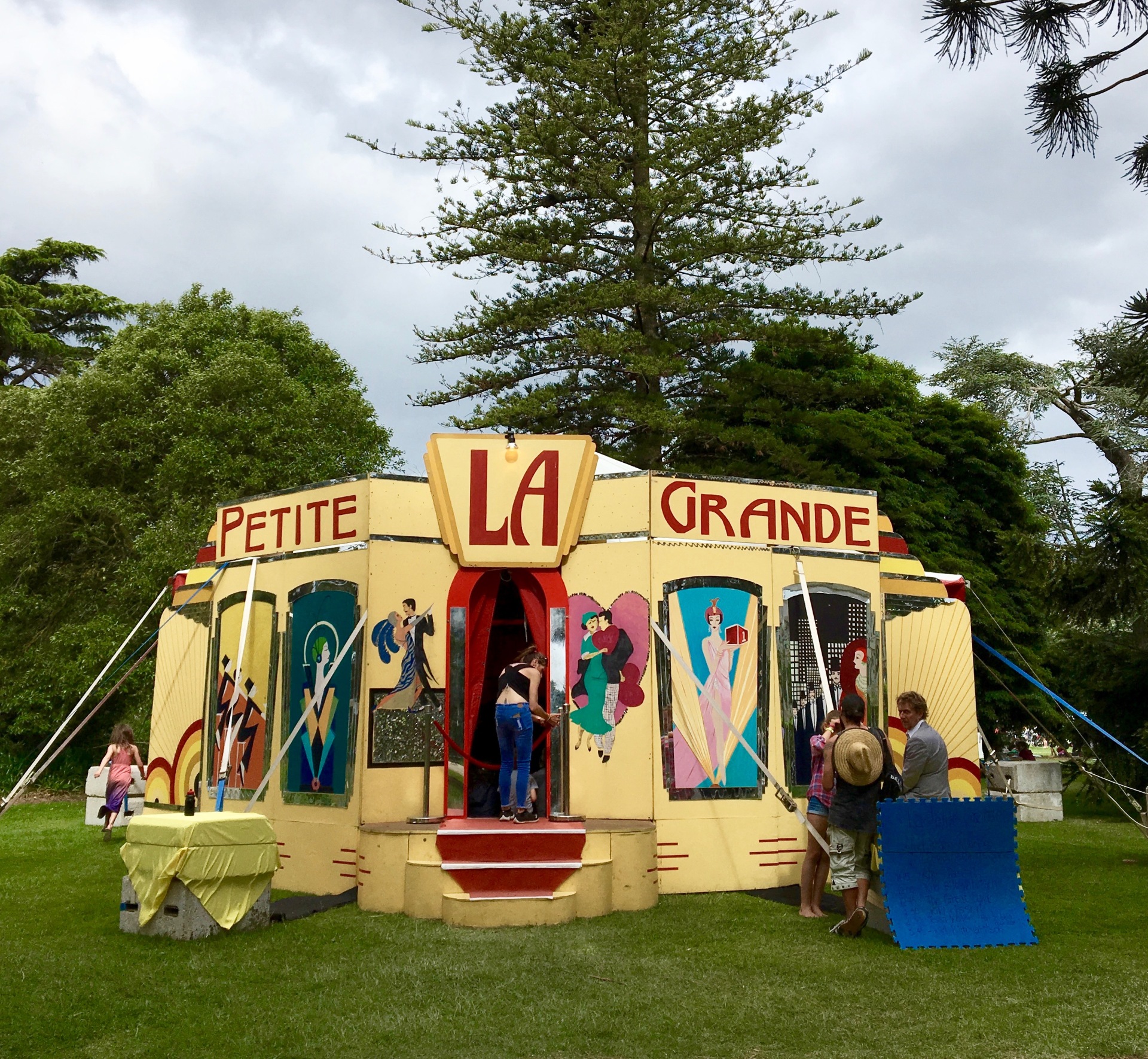 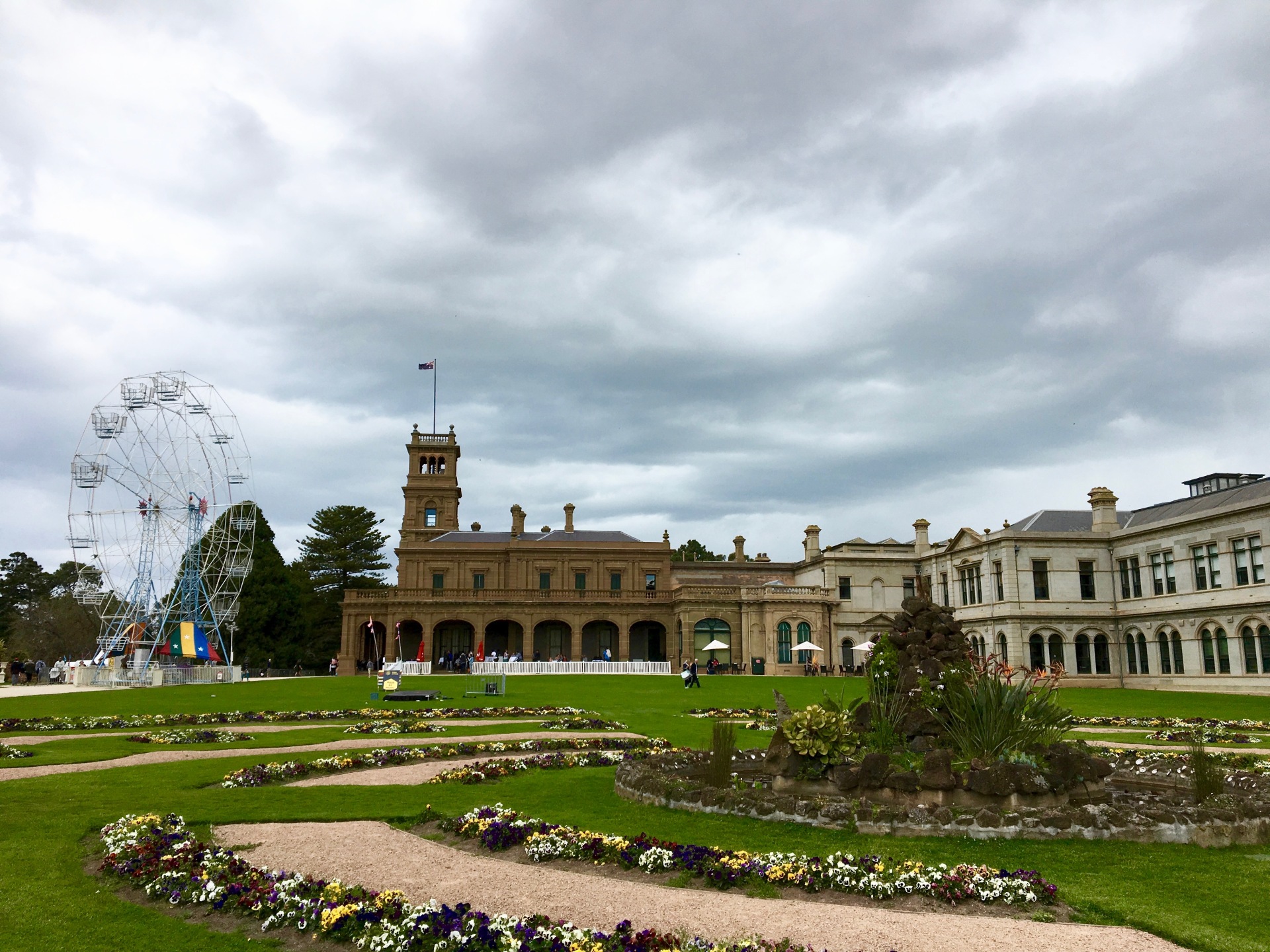 The food and drink options were incredible, with a GH Mumm champagne bar located under the alcoves of the Mansion, a cocktail bar amongst the trees and two other main drinks bars serving Mountain Goat and Fat Yak beers, spirits and Shadowfax wines. There were several food trucks including delicious favourites, Beat Box Kitchen and Nem Nem Trailer Vietnamese, plus heaps of other stalls selling ice creams, bagels, vegan delights, pizza, coffee, desserts and more!

We attended the second and last day of the festival, which had a stellar Aussie line up, before the LA lovers, Mariachi El Bronx rounded off the weekend with a bang. And this is the part where I have to be honest with you… I chose Mariachi El Bronx over my child. That’s right, I didn’t bring my 13 month old son to Lost Lands because El Bronx’s 8.30pm set time was not conducive to my recently-turned-toddler’s sleep time, nor the weather forecast. As much as I wanted him to see frontman Matt Caughthran dance his happy charro adorned jig and croon on stage, it turned out to be a very wise decision, as our little Augie would not have withstood the cold, wind and rain that came along with the latter half of the last day of The Lost Lands. Irrespective of the weather conditions, my note about set times is that they should be brought forward to ensure the little ones get to enjoy all the music on offer, which in turn means parents with kids get to enjoy those bands too.

Before the chilling winds took over, Tim Rogers + The Bamboos rocked out an energetic and charisma-laden set in glorious sunshine (this is Melbourne after all and the weather never behaves for long). This band is always a joy to watch, as frontman Rogers downed his “Werribee Water”, gave the kids a pep talk on sticking it out at school if they are being bullied (because who knows, they could become the lead singer of a cool band like The Bamboos!) and performed his signature dance moves whilst kitted up in a buttoned-down 70’s frill shirt and reflector aviators. The Bamboos looked sharp in suits and ties, whilst female lead Kylie Auldist brightened up the stage in her colourful dress, floral headpiece and powerful vocals. It is always such a treat to see Rogers and Auldist perform together, such is the admiration they have one another and their ability to bring joy to every performance. You’d be hard pressed to stand still whilst watching a Bamboos funk soul set, and everyone was up dancing (which included kids on shoulders, or being bounced on hips) to the smooth and jazzy I Got burned which rounded out the set. 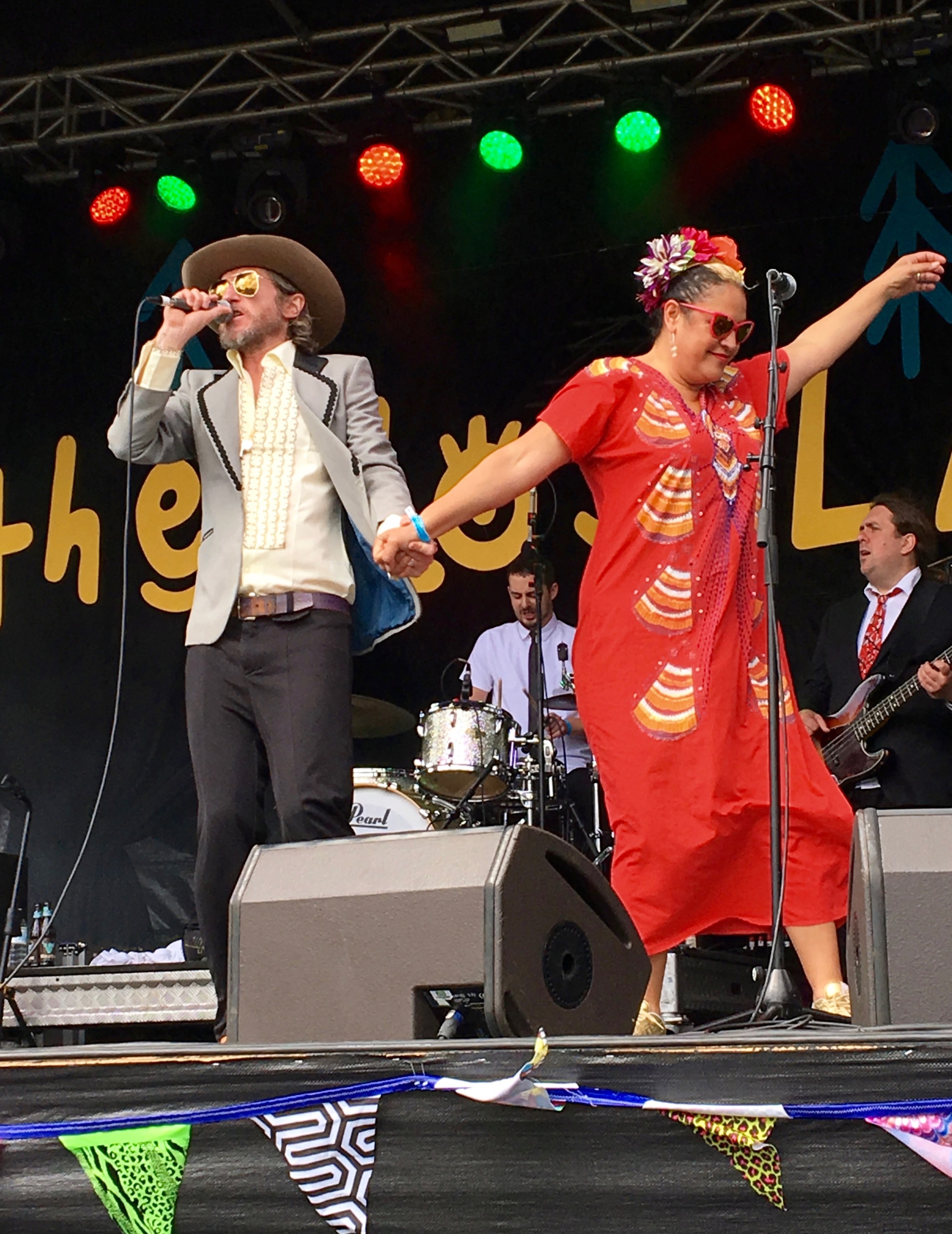 Before Tash Sultana‘s set the weather decided to take a turn, with rain and chilling winds seeing many take shelter back at tents, hotel rooms or under the alcoves of the Mansion. This is where we resided, whilst sipping champers through gritted teeth, to watch Sultana bash out a magically frenetic performance that exhibited her wild talents as a one-woman show, utilising mesmerising vocals, guitar, harmonica and finger-tapping electronics and percussion. 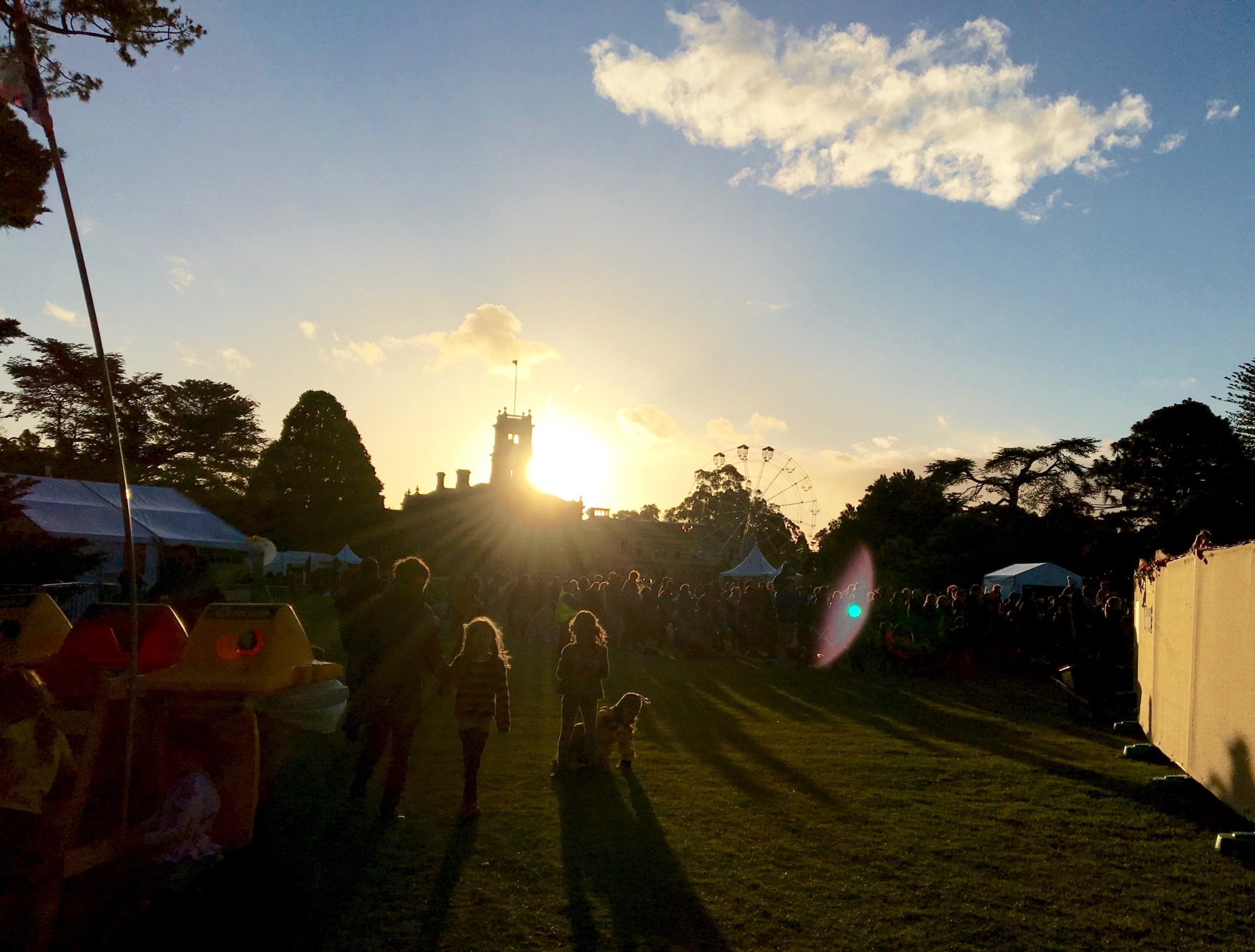 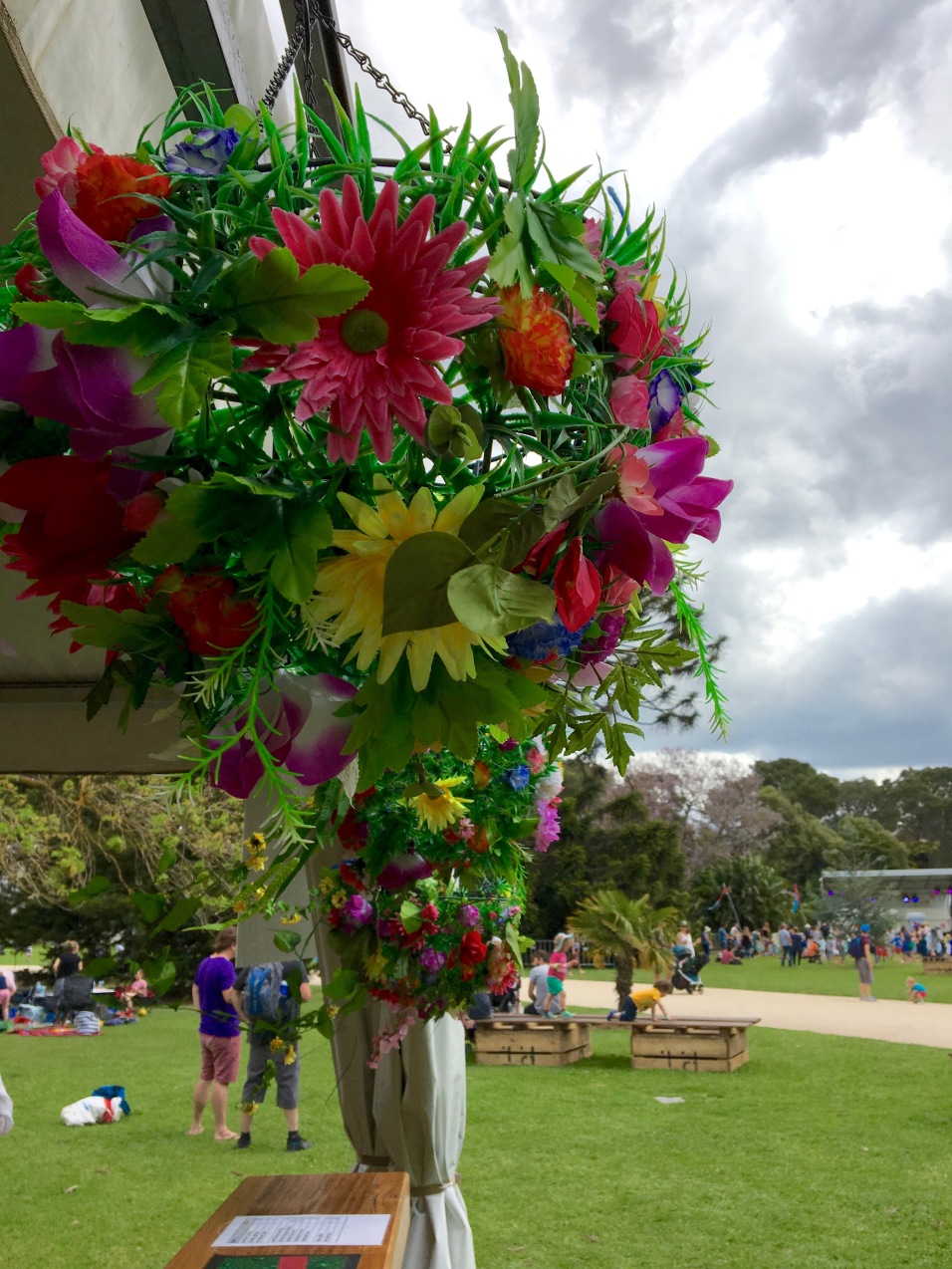 The rain dissipated in time for Victorian local Darren Hart aka Harts dish out a funky rock performance which showed off his impressive electric guitar talents, performing catchy new tunes Peculiar and Power which brought a large crowd back to the stage.

Next was Missy Higgins who was a real draw card for families who wanted to dance and sing along with their kids before the sun went down and the cold really set in. Wrapped in layers of warm clothing, a scarf and signature peace symbol earrings, Higgins did her best to play the piano with freezing fingertips. Playing tracks Hello Hello, Ten Days and Everyone’s Waiting, the crowd swayed along in time, singing along to the well-loved songs. A gorgeous moment came when Higgins brought out the ukulele to play her beautiful lullaby written for newborn son Sammy, who was in the crowd and bundled up in his Dad’s arms. There was a collective “Aaawww” from the crowd, as parents clung to their little ones a little more tightly or friends lent their shoulders into one another. And it was in this particular moment that The Lost Lands proved just how special an event it had created. The familial connection we all have with music is so strong and to be able to enjoy that with your kids, partner, friends or family is to be cherished. For Higgins to be able to bring her bub along to  a festival gig, and for the crowd to be able to share in that moment, of a mother singing a treasured song originally created to soothe her baby to sleep, was truly heart-warming. 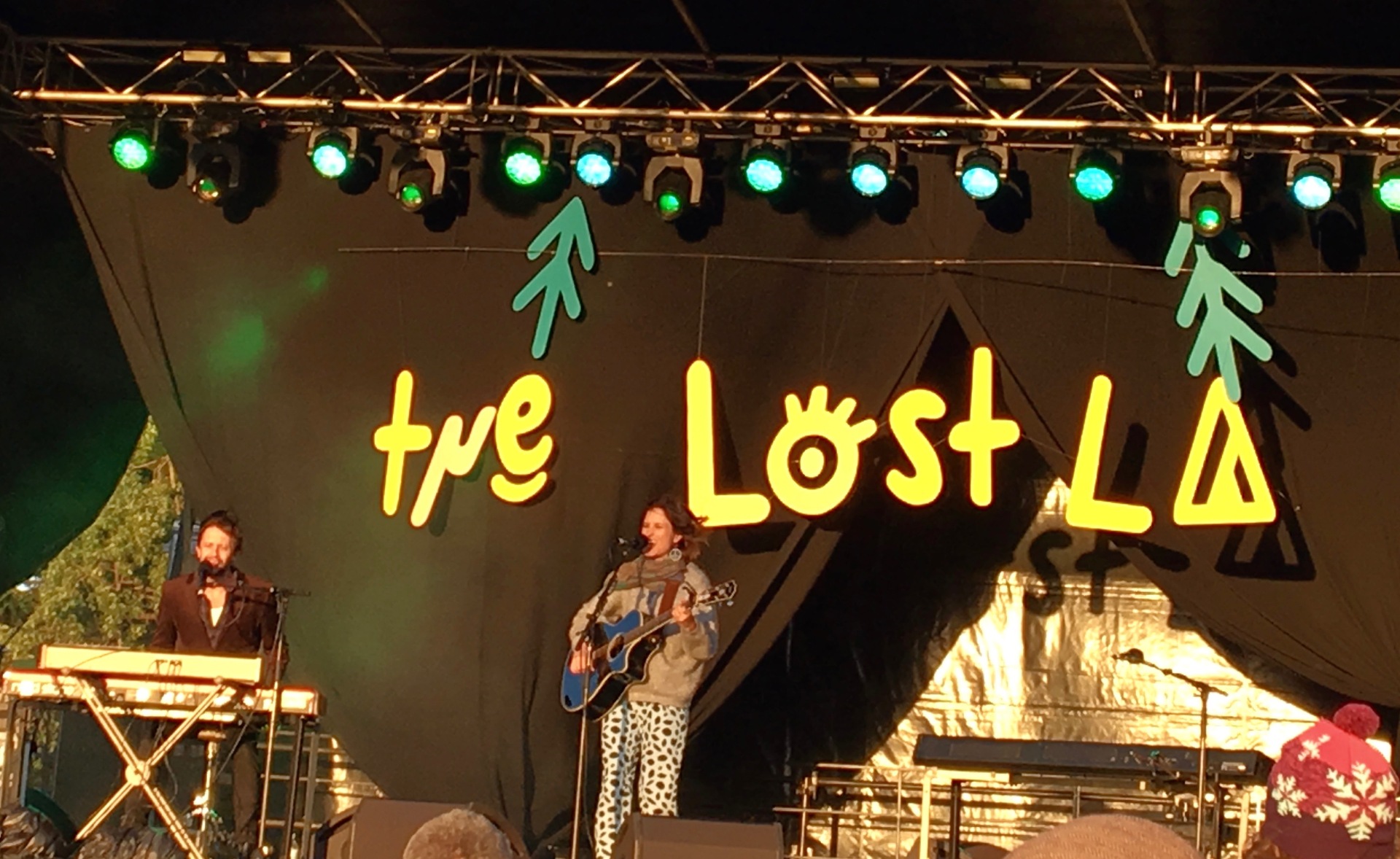 As the sun set and the temperature dropped from an initial 27 degrees down to about 11, we were warmed by red wine and the anticipation of a fiery Mariachi El Bronx set. Taking position at the front of the stage (for up close viewing and body warmth purposes) it was evident that the die-hard fans were mixed in with some curious punters who were keen to check out what an LA punk rock band who moonlight as a mariachi band would look and sound like. And the answer is, mighty fine. This was my third time experiencing the band live (not including the 4 other times I’ve thrashed out at a Bronx gig) and they bring an infectious and downright joyful energy. With 8 members, it is a big, bold, evocative and lively set which includes the smouldering vocals of frontman Matt Caughthran, backed by a band brimming with the sweeping sounds of guitars, guittarons, drums, trumpets and violins. Opening up the set with Right Between The Eyes, the band were met with raucous applause and a blast of chilly wind that swept through the stage, bringing attention to the festival’s ‘The Lost Lands’ sign that had dominated the backdrop all day, now hanging loosely and having lost a few letters. The festival was now aptly referred to as ‘Tye Lost LA’; a perfect backdrop for this Los Angeles based outfit and an in joke about the festival and its wild weather that we will chuckle about in years to come.

Performing a brilliant set that included 48 Roses, Wildfires, Cell Mates, Revolution Girls, Everything Twice, Holy and High Tide the band were keen to keep the energy and dancing levels of the crowd at maximum, dismissing any calls to play romantic ballad Sleepwalking, instead opting to continue to party with Quinceniera. As the rain fell in a sideways torrent directly onto the stage, Caughthran joked that he was “getting all emotional” and guitarist Joby Ford went to retrieve a towel from side of stage to wrap around his neck to shield from the water and wind. It was a wild and frenetic set where the weather seemed to be competing for dominance, but in the end it was El Bronx and the crowd that toughed out the unseasonable storm to enjoy one of the most memorable and enjoyable sets from this bloody awesome band. 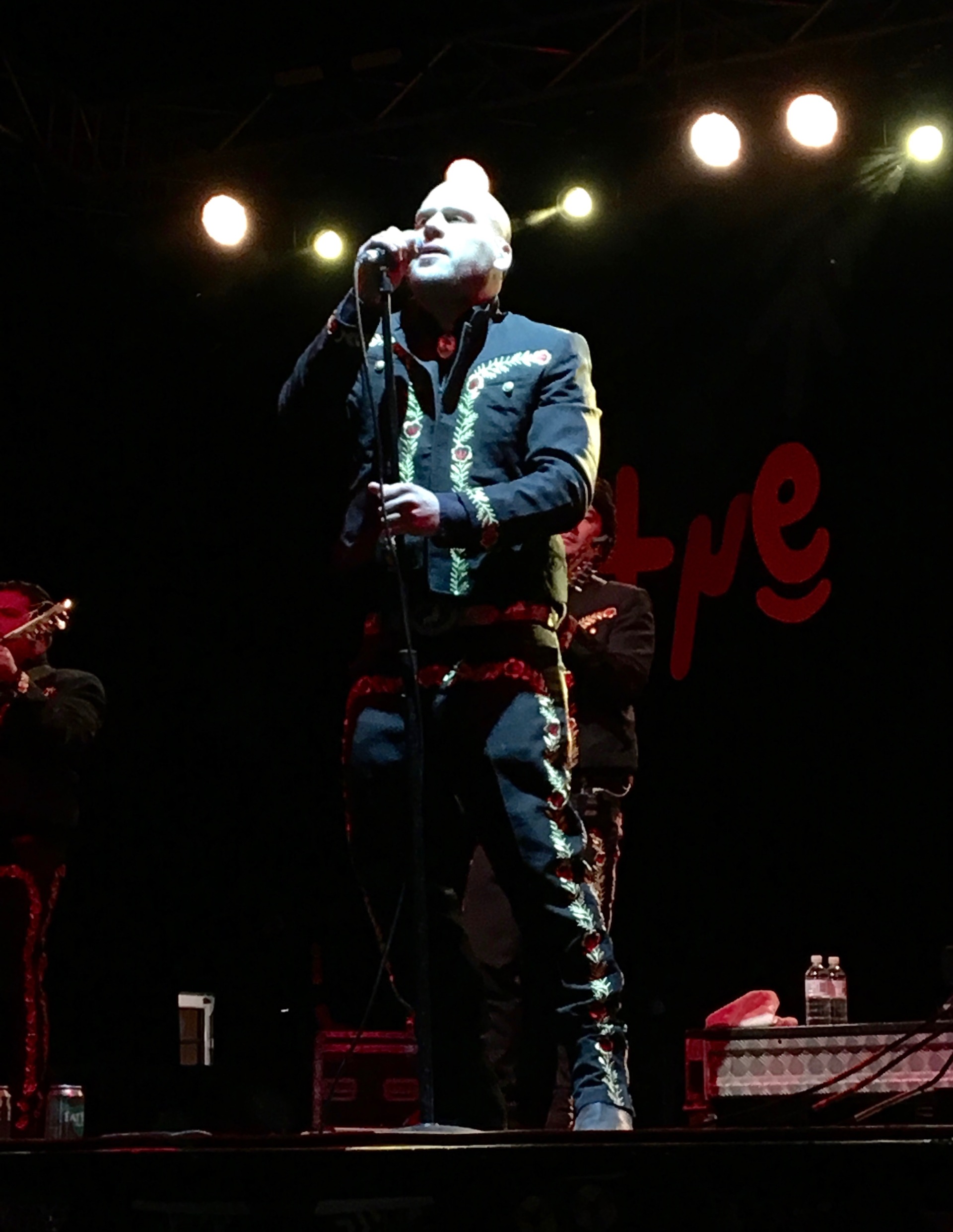 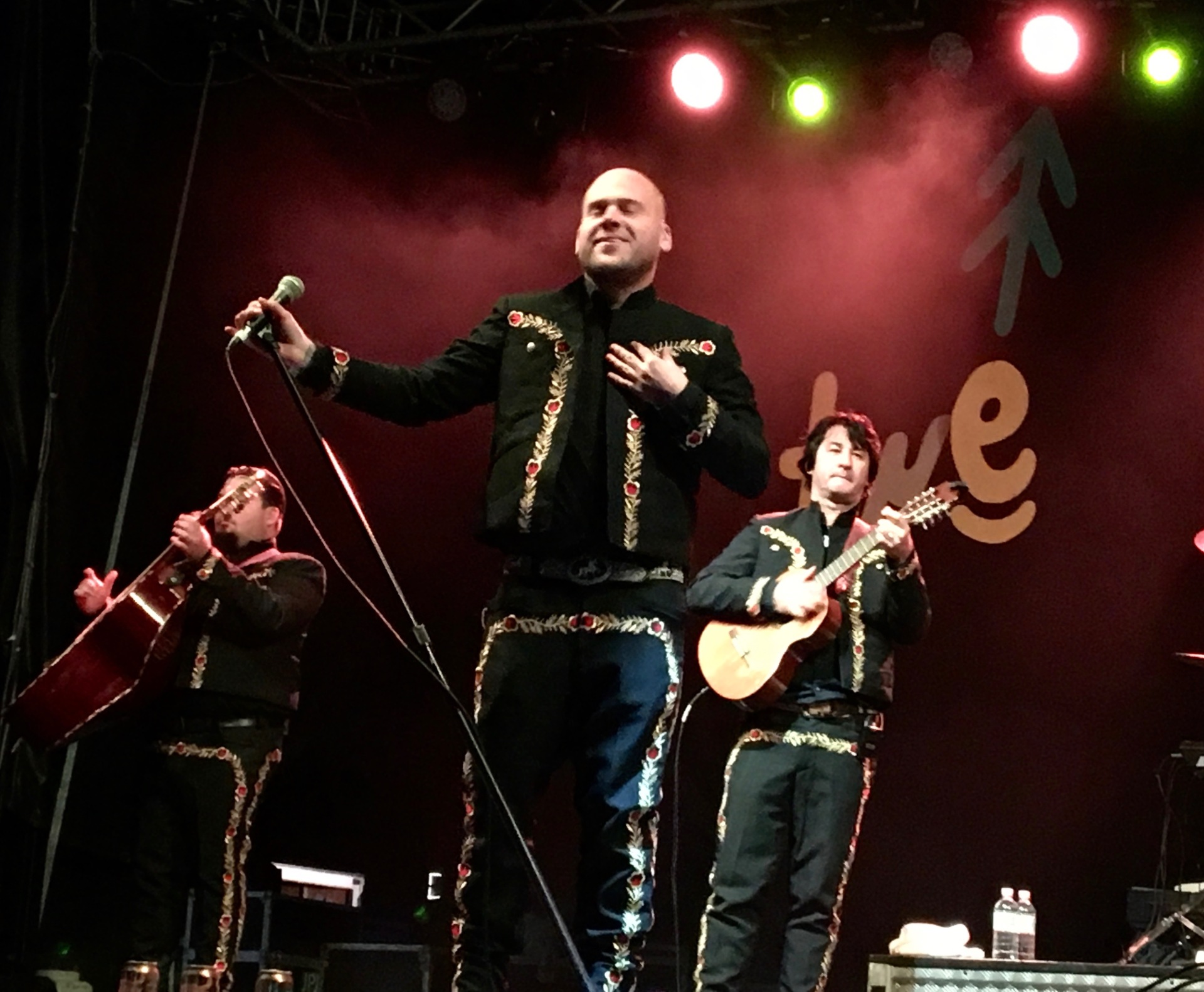 Lost Lands was the kind of chilled out and well orchestrated festival you dream of. It was so perfect because there weren’t crazy crowds, and the number in attendance was conducive to a relaxed and carefree experience. We can only hope that as it grows in popularity, the feel of the festival will continue and not become overrun like so many other events. The Lost Lands is unique however, and after this years’ stellar success, it won’t stay a secret for long. 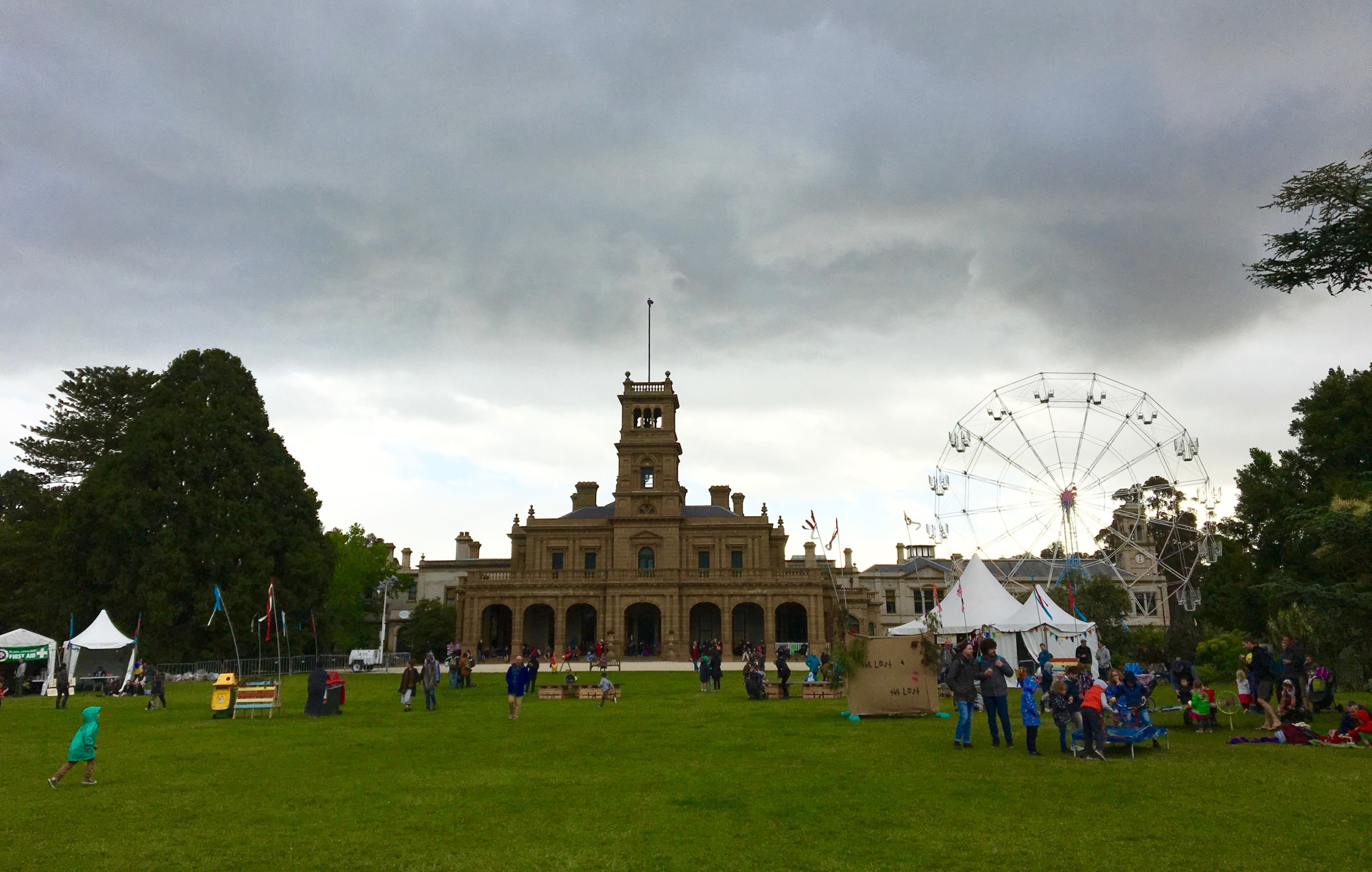 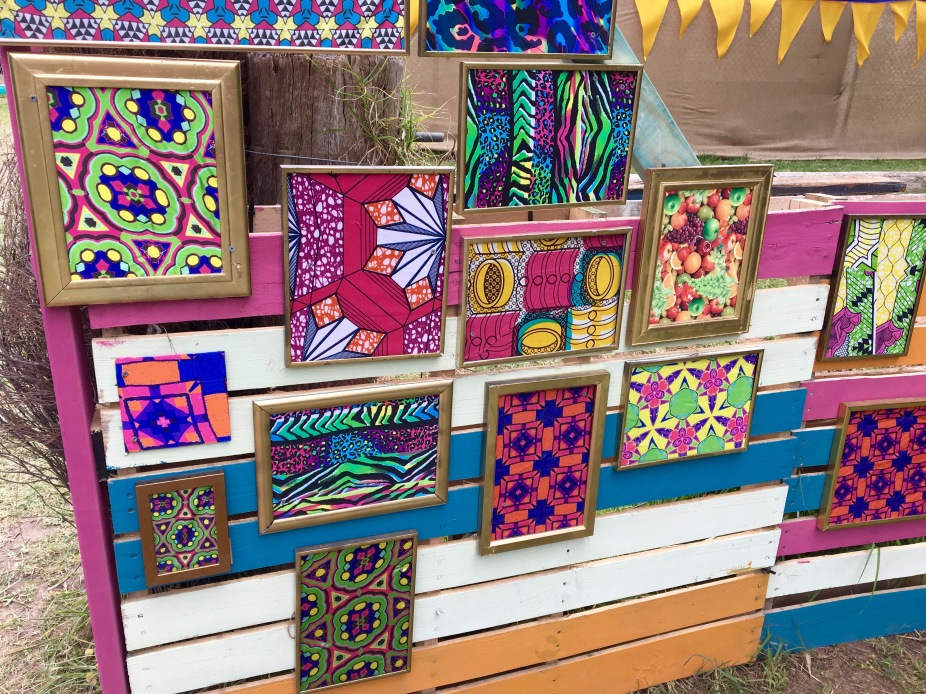