Julia deVille is an artist I have had the pleasure of interviewing twice now. She is a remarkably talented woman, who sees the world through a slightly different lens; allowing her guests to occupy a space full of the wonder and magic of the macabre, as well as a surprising celebration of life. Her latest exhibition, Phantasmagoria, which finishes in Melbourne tomorrow, at Sophie Gannon Gallery in Richmond, is a truly wondrous feat that will allow your imagination to run wild. Featuring taxidermy combined with antiques, precious gems and jewels, the exhibition showcases the preciousness of these lives and how, even though they were not particularly celebrated in life, these animals are admired in death.

1. Phantasmagoria is based on your imagined childhood bedroom. Where did you draw most of your inspiration from for this particular exhibition?

I’m always heavily inspired by the Victorian era, which is apparent in this exhibition. I don’t really look for inspiration though – ideas just come to me.

The idea for this show particular came about when I was doing a large exhibition at the National Gallery of Victoria last year. It was meant to be aimed at children but, as the design progressed, the NGV decided they couldn’t market it as a children’s exhibition. There were black velvet walls and animals with ruby blood pouring from their necks and they were concerned that a child could get upset and the parents might complain. We ended up doing a kid’s workshop that was related to the themes of the exhibition offsite. My Mum laughed when I told her – she said that naturally I would never think of my exhibition as being ‘too scary for children’ because I had wanted a black bedroom when I was a little girl.

2. What is it about the macabre and animal taxidermy that is so fanciful and full of life for you?

As a vegan, I have a deep love for animals. For me, taxidermy is about celebrating how beautiful and precious they are and I only work on animals that have died naturally. My work is a way to get people to look differently at animals that they generally detest (e.g. rats). I often get people telling me how cute and fragile they look, which is how I see them all the time. Or to make people think about why it’s perceived as okay to eat some animals like lambs and pigs, but not others like cats and dogs.

3. Do you have a favourite piece in the exhibition?

Pegasus would have to be my favourite – he’s been a few years in the making. It’s also a collaborative work between Leslie Rice and myself – I did the horse and he did the wings.

4. Your work was on show in conjunction with Leslie Rice (his were phenomenal paintings on velvet) – what do you love about Leslie’s work and how do you think it compliments your own?

Les and I are great friends and we have a very similar aesthetic and a great deal of mutual respect. We just work so well together – most people say it looks like we planned our works to compliment each other’s, but in actual fact we don’t even discuss it. It just works! We even titled two pieces the same without knowing.

5. Was the Victorian era a favourite period for you?

Yes, they were so odd and fabulously ornate. I guess I resonate with that quite a bit.

6. What is next for Disce Mori and Julia DeVille?

I have a jewellery exhibition at e.g.etal in a couple of weeks (opening on the 28th of October, 2014). Then I’m taking  year off exhibiting, as I am totally burnt out after six massive exhibitions in the last 12 months (I normally do one every two years). Then I’m going to start working on my stillborn giraffe for 2016/17.

– Person you would most like to bring back to life?

I’ll save that one for when Nick Cave dies.

– If you could be any animal (real of fantastical) what would you be?

A goat. I adore goats!

The future – when people look back on today and the way we treat animals and the environment, in the same way we look back at segregation and women not having the right to vote.

– If you weren’t a taxidermist and artist, what would you be doing?

I don’t really have an answer for that. Maybe a housewife – that’s the only other thing I think I could enjoy and find satisfaction in. 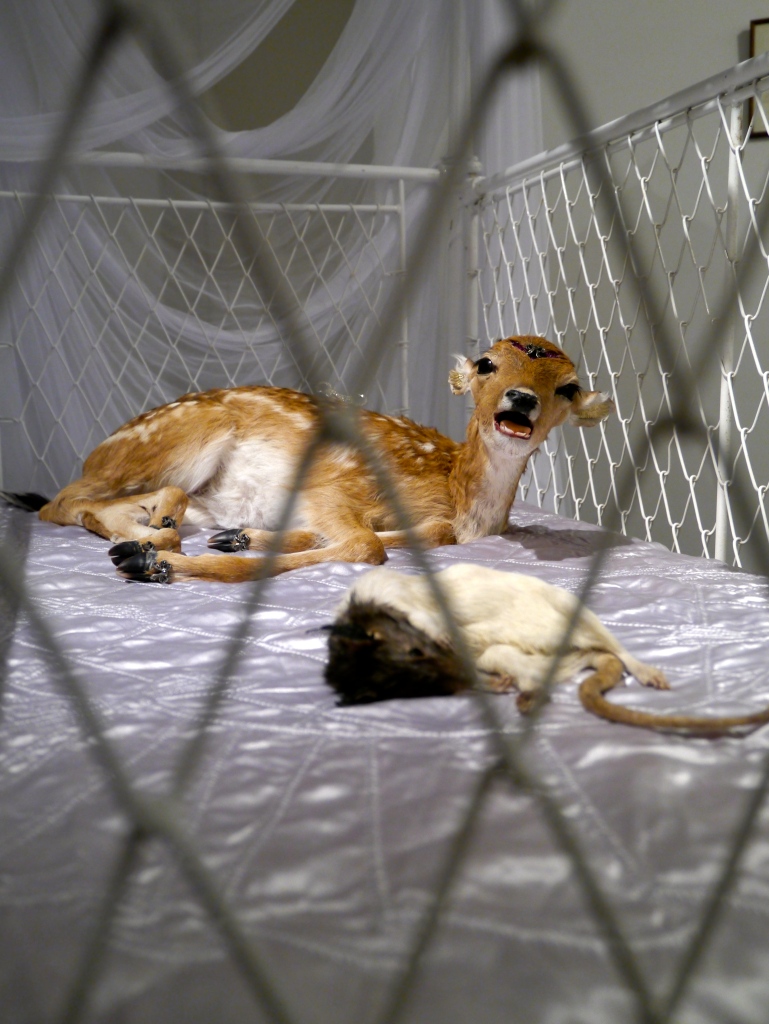 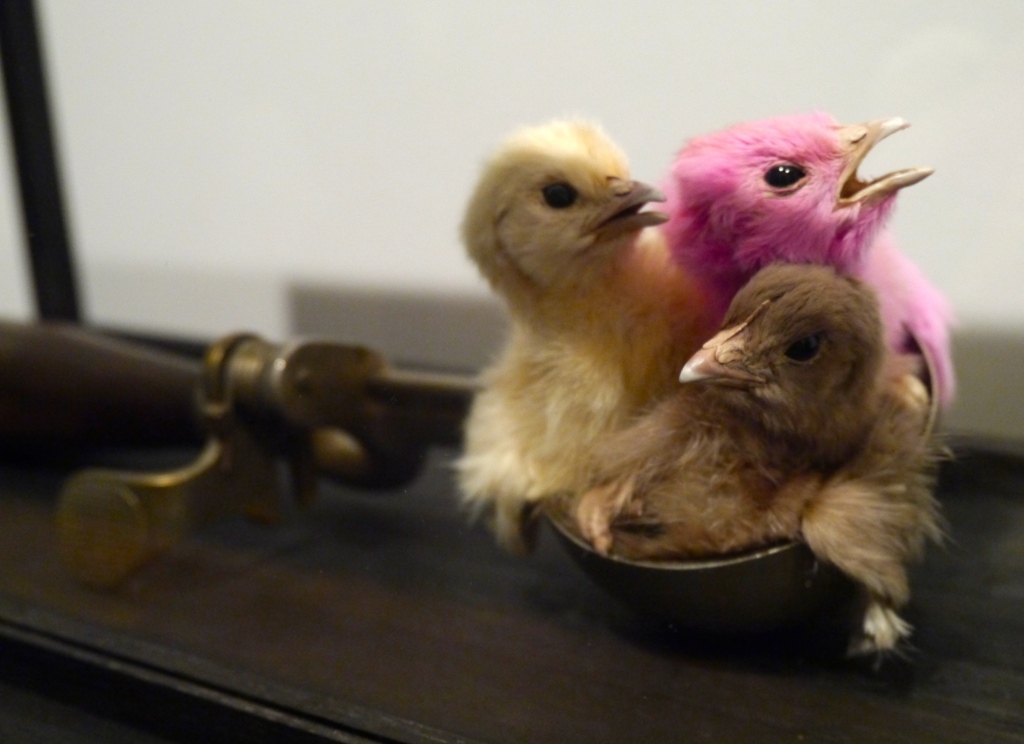